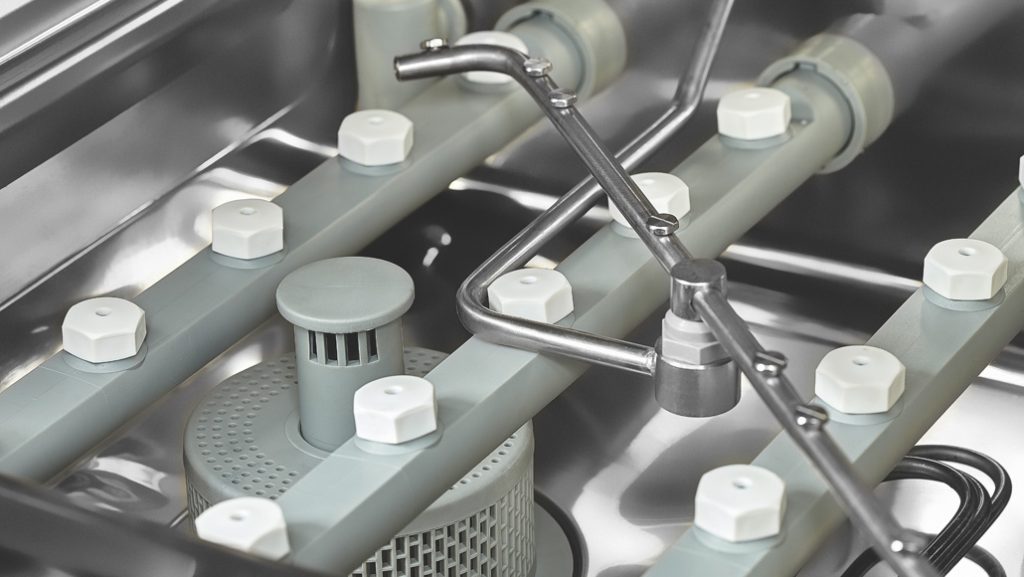 The most important fact when washing well inside the chamber of a professional dishwasher or washing tunnel is to be able to reach every corner of the dish, evenly and with the right pressure. The washing system used by the machine is critical when removing all the dirt. Therefore, whenever we have to decide for a dishwasher, we must make sure that the water distribution inside the chamber is perfect and that both the pressure and the flow is powerful enough to remove the debris of incrusted dirt. In the process of rinsing a professional dishwasher, these parameters are not as critical as, once washed and removed, we should only clarify the detergent that has been applied in the process of washing and disinfecting with temperature (85ºC).

In the market we will find two systems, the fixed arms, the most powerful and homogenous, and the rotating arm. Both get, overall, good results, but one has better performance than the other, let’s see why …

NOT HOMOGENEOUS OR CONSTANT: The rotating arm system does not have the distribution of water as homogeneous and constant as the fixed one. As it is a mobile system, it causes both the flow rate and the water pressure at the same point of the dishes to be discontinuous, with varying pressures and flow rates of water.

AREAS WITH LOW WASHING ACTION: The application area is also not the same, since the chamber of a professional dishwasher is square. The baskets of both dishwashers and washing tunnels are also square. But instead, the rotating arms cover a circular area by their rotational nature on a central axis, leaving the corners of the chamber with different flow of water and pressure than in other areas such as the center.

DECOMPOSEED PRESSURES: The systems with rotating arm of the professional dishwashers, present another added problem, since they do not have a fixed application point, they require different washing power depending on the type of dishware. For example, for small plates of coffee we should have the possibility to regulate the pressure, otherwise the dishes could move or jump inside the dishwasher or washing tunnel can cause damages or even break. In the system of fixed arms, upper and lower pressures are compensated, whereby the elements to be washed are held in place without moving.

WATER TREATMENT REQUIRED: Another feature of the rotating arm system is that it takes more time to wash than the fixed arm system. This is due to the fact that the flow rate and the pressure that receives a point to be washed is discontinuous and smaller than the system of fixed arms, being constant and greater.

HOMOGENEOUS AND CONSTANT: This system presents a perfect homogeneity both of water distribution within the square chamber and of pressure and flow, which are constant at all points.

COMPENSATED PRESSURES: As we see in the illustration, it is a static system, which uses more water flow and pressure. As this pressure is compensated by the upper arms, it is not necessary to have pressure regulators. We can always wash in the same way without stopping or having to reprogram the machine according to the dishes in the professional dishwasher or washing tunnel. Thanks to the Pull Up system, the arms are easy to remove without tools for quick cleaning.

FASTER WASHING: Having a higher pressure and combined flow in which it is constant throughout the washing time, we get better results in less time.

Why are normally installed rotating arms instead of fixed, if we see clearly that one is better than another?

The cost and robustness of a system of fixed arms are much higher than in rotary arms system, but in Jemi, being the robustness our DNA, we only use fixed arms, being an investment for the benefit of our customers, and considering it as the best and most beneficial option.

Because our dishwashers are Simply built to last 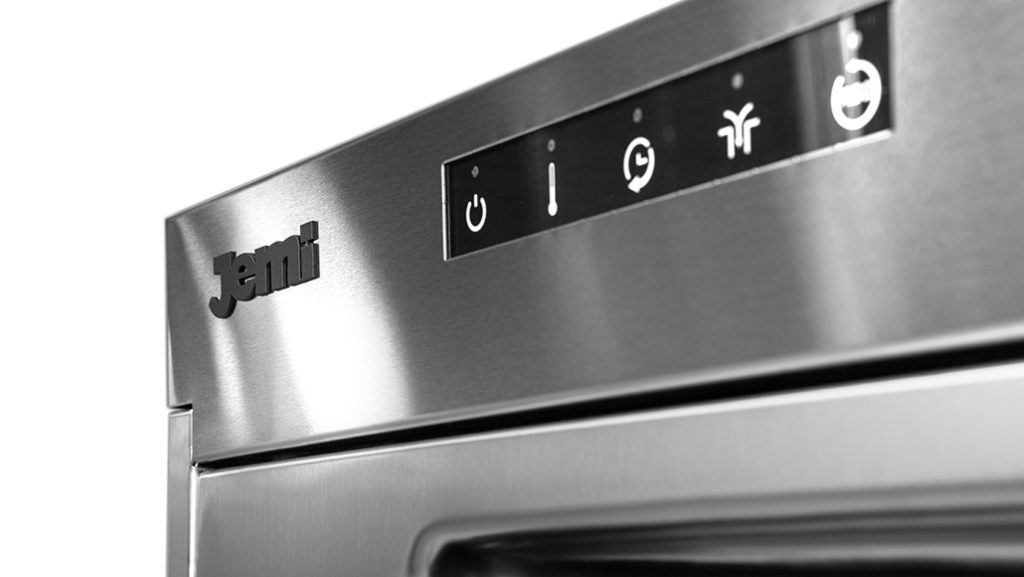 The most complete sanitation for a clean and disinfected kitchenware 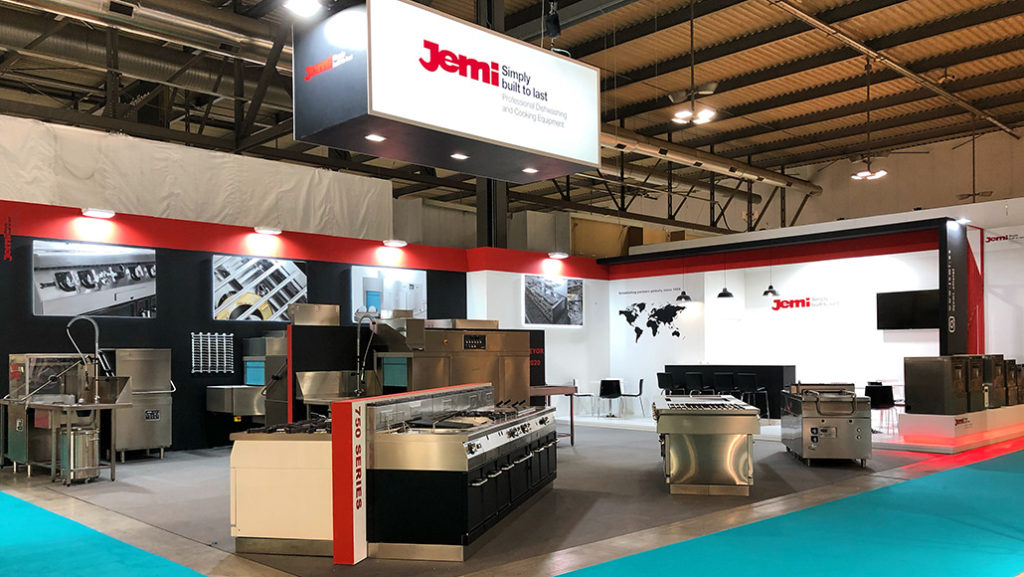 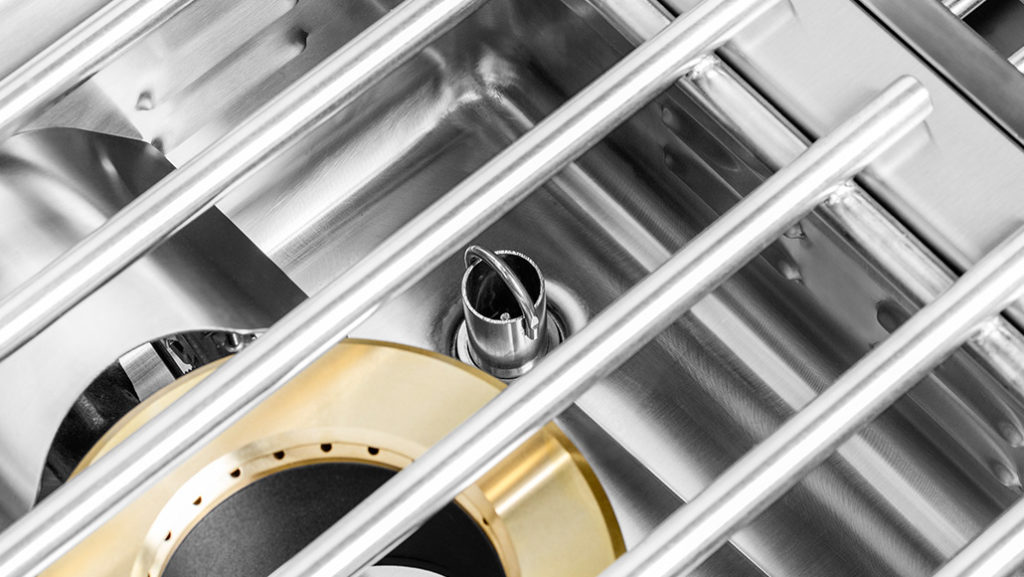 Stay up to date about products, news and events of Jemi.